The District of Cachar is located in the Southernmost part of Assam is one of the oldest district of Assam. It is bounded on the North by Barali and Jayantia hill ranges, on the South by the State Mizoram, on the East by the State Of Manipur and West by sister districts Hailakandi and Karimganj. The district was created in 1830 after annexation of Kachari Kingdom by British. In 1854, North Cachar was annexed and tagged to the district. In 1951 erstwhile North Cachar Sub-Division was made a separate district and taken out of Cachar.In 1983 erstwhile Karimganj Sub-Division and in 1989, Hailakandi Sub-Division was made a separate District.

Geography
Cachar district occupies an area of 3,786 square kilometers (1,462 sq mi), comparatively equivalent to South Georgia.[8] The Barak is the main river of the district and apart from that there are numerous small rivers which flow from Dima Hasao district, Manipur or Mizoram. The district is mostly made up of plains,but there are a number of hills spread across the district. Cachar receives an average annual rainfall of more than 3,000 mm. The climate is Tropical wet with hot and wet summers and cool winters.

Economy
The district headquarters, Silchar, is one of the most important business centres of Assam. In 2006 the Indian government named Cachar one of the country's 250 most backward districts out of a total of 640. It is one of the eleven districts in Assam currently receiving funds from the Backward Regions Grant Fund Programme (BRGF).

Transport
Silchar is one of the 6 cities of Assam to have an airport which is located at Kumbhirgram. The district is served by regular flights from Alliance Air, a subsidiary of Air India, Jet Airways and North East Shuttles. The district is also connected by meter gauge railroads to Lumding in Assam and by road to the rest of the country. Regular bus and train services are also there with other cities of North-East India.

Demographics
According to the 2011 census Cachar district has a population of 1,736,319,roughly equal to the nation of The Gambia or the US state of Nebraska. This gives it a ranking of 278th in India out of a total of 640.The district has a population density of 459 inhabitants per square kilometer (1,190 /sq mi) . Its population growth rate over the decade 2001-2011 was 20.17%. Cachar has a sex ratio of 958 females for every 1000 males, and a literacy rate of 80.36%.
Religious break-up of the population are, Hindus 886,761, Muslims 522,051 (36.13%) and Christians 31,306.
Bengali is the status of Official Language in this district with majority of the people primarily speaking Bengali and Sylheti, a Bengali-dialect. Apart from Bengali, other minority languages spoken in the district include Meitei Manipuri, Bishnupuriya Manipuri, Dimasa and Rongmei-Naga. There are also few Mizo, Kuki and Khasi people who form microscopic minority.

Flora and fauna
The vegetation is mostly Tropical evergreen and there are large tracts of Rainforests in the northern and southern parts of the district, which are home to Tiger, Asian elephants, hoolock gibbon, Gaur etc.The forests of Cachar were once rich in wildlife but now vanishing due to human onslaught. Rare species found are Hoolock gibbon, Phayre's leaf monkey, Pig-tailed macaque, Stump-tailed macaque, Masked Finfoot, White-winged Wood Duck etc., have been recorded. The Asian elephant is already extinct. The southern part was also recommended as 'Dhaleswari' wildlife sanctuary. Barail is the only wildlife sanctuary of the district as well as Barak valley region. It was initiated by noted naturalist Dr. Anwaruddin Choudhury in early 1980s. This sanctuary was ultimately notified in 2004.

Education
The district of Cachar has a number of well-known educational institutes in North East India. Silchar, the district headquarters, is a major learning hub of Assam. The district has a central university, the Assam University, which is situated at Durgakona, 18 km from Silchar. It also has NIT Silchar, one of the 30 NITs in India. The Silchar Medical College and Hospital is the only medical college of southern Assam. To ensure a steady flow of skilled workers in different trades for the industry ITI, Srikona is there. The district also includes a number of degree colleges such as Gurucharan College, Cachar College, Radhamadhav College, Ramanuj Gupta Memorial Junior College, and Sonai College. Prominent schools in the district include Silchar Collegiate School, Cachar High School, Adhar Chand Higher Secondary School, Narsing School, Government Boys & Girls Schools, Holy Cross School, Pranabananda Holy Child School,Pranabananda Vidya Mandir, South Point School, Maharishi Vidya Mandir, Kendriya Vidyalayas and Don Bosco School. 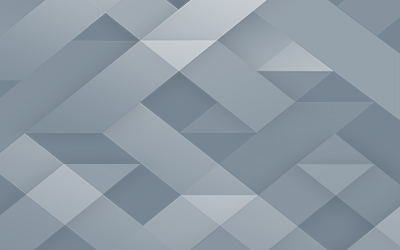